The Nissan ENV200 (known as the “Combi” if you want the people carrier version) is a compact electric van that’s available as a 7-seat people carrier. Based on the same underpinnings as the Nissan Leaf, it’s a great choice for large families or those who need a single vehicle for both work and family duties.

The ENV200 was the first 7 seat electric hauler and it remains one of the best. There’s a vast amount of space inside – more than you’d find in any regular SUV or crossover. There’s also a lot of configurability in there so it’ll hand pretty much anything you throw at it.

Later and modern versions have a 40KWh batters slung under the floor which, unlike the Leaf, has active temperature management, so it’ll last longer and go further. How far? Nissan say 170 miles but, realistically, you’re looking at about 105 miles in mixed driving – fine for commuting and school runs.

Unlike some vans, you also get rapid charging via a port in the nose, so you can chuck more miles into the thing in no time flat if you’re travelling long distance.

Popular as a taxi, the ENV200 is plentiful on the used market so prices are very low, making this an ideal – and wonderfully affordable – electric people carrier. 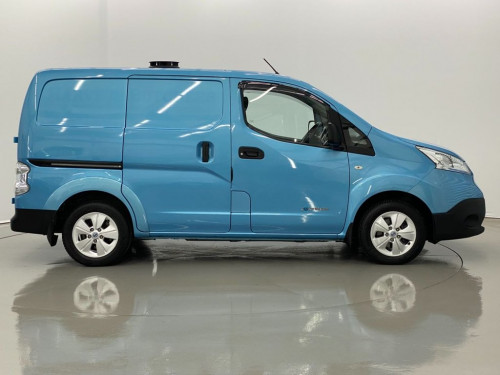 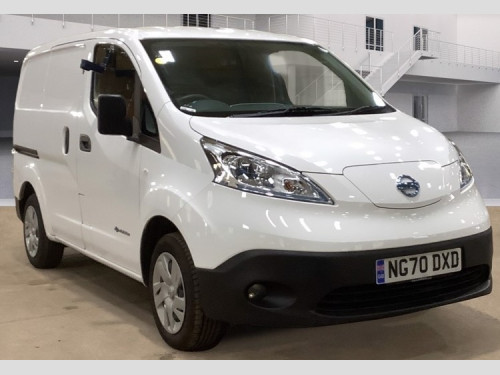 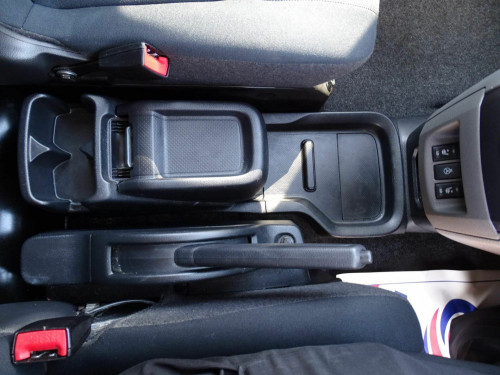 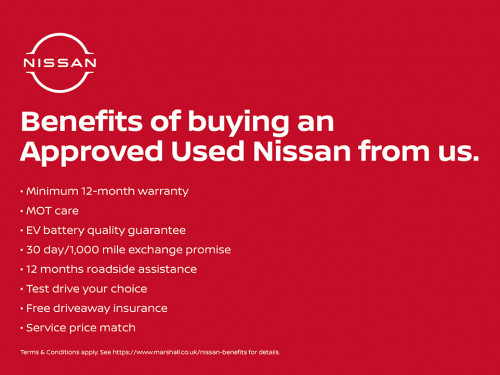 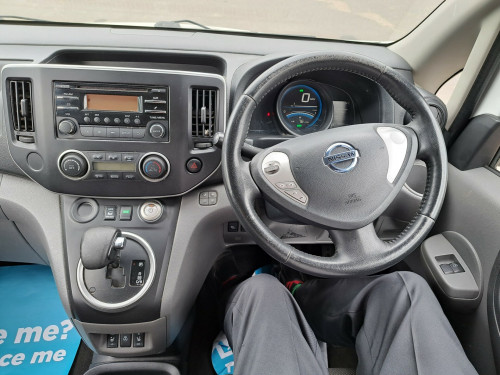 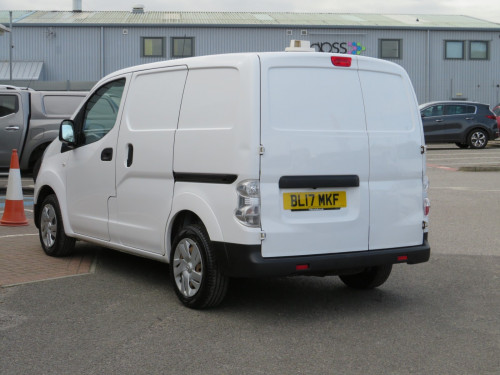 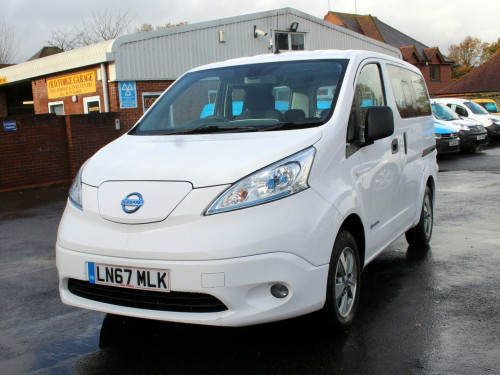 The Nissan ENV200 is a small, versatile van that can be used for a variety of commercial and
industrial applications. The compact van offers reliability, comfort and economy. It comes in
a range of model types including:

This trim features 15” steel wheels and unglazed French rear doors for its exterior. On the interior, it contains a manual tilt adjustable steering wheel and a foldable passenger seat with a fixed table back exclusive to this trim. For your comfort and convenience, it uses a Nissan Intelligent Key for access and USB and Bluetooth connectivity. A tyre pressure monitoring system helps to keep track of your van.

This trim features a rapid charger for quicker charging speeds. On its interior, it contains steering wheel switches to control audio and to drive hands-free by controlling everything from the steering wheel. Cruise control and a speed limiter also feature in this trim alongside a rear-view camera and auto A/C. In the cargo area, a floor protector helps to reduce any damage to the vehicle.

In addition to the Acenta, the Tekna trim features an auto-light system and automatic wipers on its exterior. This trim has a technology focus with NissanConnect EV, satellite navigation and a 7” touchscreen. Another feature added for your convenience is a digital radio DAB+, unlike the other trims. 15” alloy wheels are also featured in this trim.

The Nissan ENV200 is a compact commercial van that has been designed and built to meet the needs of businesses across Europe. It comes with a range of high-tech features and is available in both short and long-wheelbase versions. You can also get it as a 7 seat people carrier.

The ENV200’s design was inspired by the NV200, which won the International Van of the Year award in 2012. The van’s front fascia has been redesigned to give it a more streamlined appearance.

Brief History of the Nissan ENV200

The Nissan ENV200 is a compact electric van that was introduced in 2013, and it represented a big step forward for Nissan. The van’s design was inspired by the Nissan NV200, which was originally designed as a city bus.

Initial units had a small 22KWh battery – good for about 70 miles on a charge but these were soon upgraded to 40KWh for a much more useable 105 miles of range (rated at 170 but you’d rarely see it).

Space for cargo: space for passengers. If you need a van that costs next to nothing to run, this remains an excellent choice. It’s a tried and tested option, with thousands on the road as taxis and work vans – it’s one of those reliable workhorses that may not be sexy but it absolutely gets the job done.

It’s also a hell of a lot more comfortable to drive than your average internal combustion van, with its smooth power delivery and low slung battery.

This simply depends on the type of battery the vehicle has. With a home charger, it should take around 6 hours to fully charge. A motorway rapid charger can take this down to 30 minutes.

No, electric vehicles tend to just be automatic. They don’t need a multi-speed gearbox and usually can reach fast acceleration from just one gear.

Compared to normal engines that run off petrol or diesel, any electric vehicle is a lot better for the environment. By driving an electric vehicle, you are contributing to reducing your CO2 emissions by a lot. They are also cheaper to run.

The computer display in the vehicle displays the battery charge. In certain trims, the NissanConnect EV allows you to monitor the percentage on your phone.

Electric vehicles usually run very quietly. You may hear the brakes occasionally but they produce no engine noise.

What Should I Look for When Financing a Nissan ENV200?

When financing a Nissan ENV200, there are a few things you should keep in mind. First and foremost, make sure you have adequate insurance to cover the vehicle’s value, as well as any potential damages. It is also important that your monthly payment is within reason. If it is too high, it will strain your budget and leave you unable to meet other financial obligations.

We offer great car finance rates and flexible terms, so whether you’re looking for something that’s paid off in as little as three years or want to take advantage of our bad credit car finance deals, we can help. At ChooseMyCar, we offer a wide range of used Nissan ENV200 finance options. Our team of experts will work with you to find the right one for your needs. Call us today.