Used BMW i3 For Sale

BMW were a true pioneer of electric motoring and the vanguard of their push into all things EV was the little i3 city car. And boy does it turn heads.

Built from a truly unique mix of carbon fibre-reenforced plastic, the i3 looked and drove like nothing else when it first hit the road back in 2014. It’s pug-nosed, high-riding brutalist look was way ahead of its time, becoming both a marmite love/hate obsession on some forums and yet a guaranteed classic, all at once.

Today, most people agree that it’s actually a bit of a looker.

Then you come to look at what makes it work so well. The EV platform beneath opens up the cabin to allow acres of space in a car that has the turning circle of a London Taxi. And in that interior you have swish elements like open-pore eucalyptus and naked carbon fibre. Its all so… futuristic.

For a car its age, however, allowances must be made for its range which, when it was first released, wasn’t all that great. About 70 miles, all told. But wait: an old friend would often come to the rescue here.

Most models bought in the UK were badged as “REX”. This meant that an adapted scooter engine was mounted next to the rear motor to produce electricity if the range got too low. This “Range Extender” could then more than double the usable range.

As time went on and battery technology improved, the electric range got longer and longer until the REX motor was ditched back in 2019, in exchange for a range of around 180 miles.

The i3 was discontinued in June 2022, which we think was a real shame. It’s full of character, extremely fun to drive and like nothing else you can buy. Owners rave about them, and with very good reason. Used BMW i3 On Finance 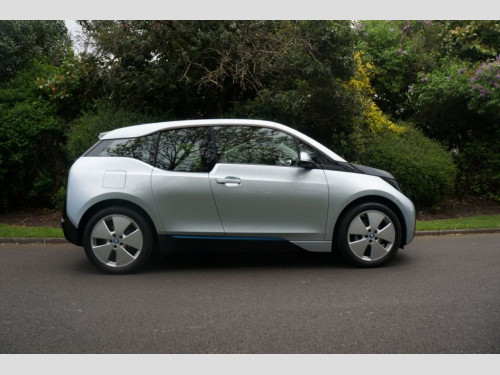 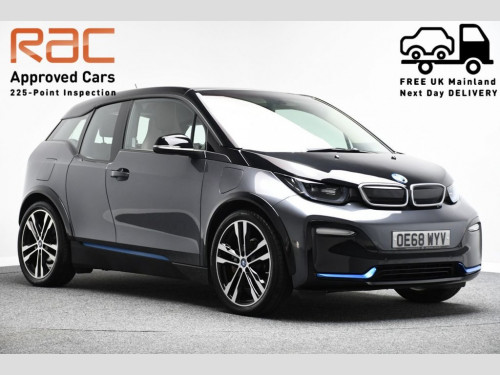 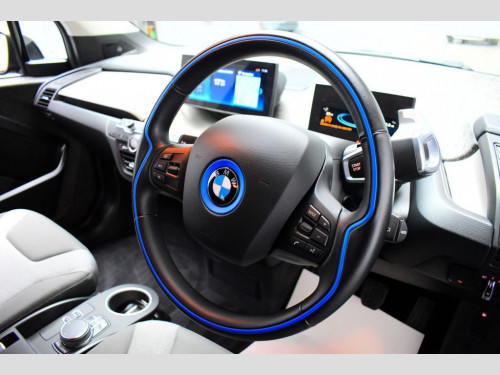 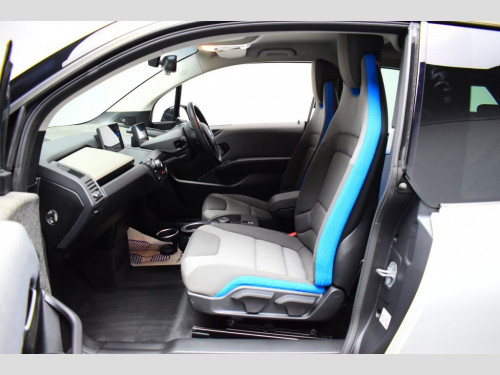 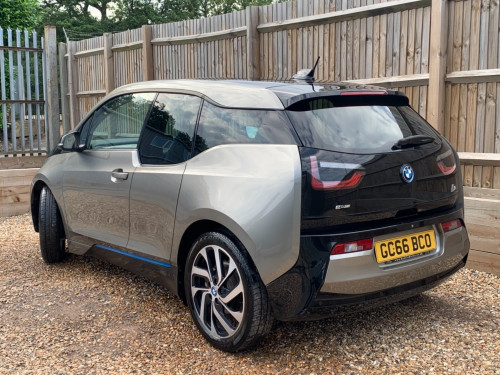 BMW i3
i3 I3 RANGE EXTENDER 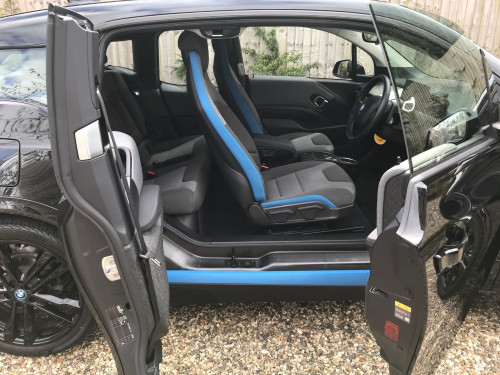 At Glance BMW i3 Review The 2014 i3 editions had a short range and, initially, a few minor issues with the clever plastic bodywork. 2015 editions fixed these foibles and the i3 just got better and better from then. Try and find a REX model, where you can, so you can benefit from the extra mileage but be aware that it could often struggle to provide enough power to scale very steep hills at speed. Best to keep it fully charge, when you can.

The BMW i3 Loft trim level comes with a number of features that make it stand out from other models, including a panoramic glass roof that lets enough natural light to make the cabin feel more spacious. It also includes a rear-view camera that allows you to see what’s behind your car when backing up and an optional Apple CarPlay interface for maximum entertainment and practicality.

The BMW i3 Lodge trim level has a range of up to 161 miles on one charge, and it can be fully charged in as little as 4 hours (with a 240-volt charger). It can also be configured with an 8-inch touch screen display that provides access to various infotainment systems, including Apple CarPlay, Android Auto compatibility, satellite radio capability and Bluetooth connectivity.

The BMW i3 Suite trim level has a lot of features that help make your life on the road easier. Notable features include a panoramic windscreen with electrically reclining rear seats and a full-LED lighting system that gives you more control over the lights. It also includes a trunk that can be opened remotely (either by using the key fob) and can be closed automatically (using sensors).

The BMW i3 was developed as a city runaround and this shows: rear-wheel-drive and wheels at the very corners of the car mean that it can, literally, turn on a dime. It’s powerful rear motor also meant that there wasn’t a mass produced car on the road that could beat it’s 0-30 time, making it a king of the traffic light grand prix.

Fun, agile and brilliantly quirky, the i3 was BMW at its inventive best.

Brief History of the BMW i3

The BMW i3 was first introduced in 2013 as a concept car and was later released in 2014. It has since undergone several upgrades, including new battery technology, which makes it lighter and more efficient than ever before.

The technology beneath its skin was developed from the short-lived Mini-e programme and the factory which produced the car ran on 100% renewable power.

In 2018, a “Sport” edition was introduced, with a nicer front end and wider wheels, for better handling. This was also the year that the Range Extender was discontinued in the UK.

Want something truly unique? There aren’t many cars that’ll fit the bill as well as this! It’s the perfect city car for commuting and an absolute steal on the used market. You’ll also struggle to find anything to go wrong with it – even the panelling and bodywork won’t rust.

If you’re in and out of city centres or travelling along narrow country roads, the i3 is a perfect companion.

BMW i3 5 most frequently asked questions

The BMW i3s has a charging port on the front of the car, and it uses a proprietary cable. The battery can be charged using a 240-volt Level 2 charger or a CCS DC charger, while out and about.

If you’re charging on a wall outlet, expect a full charge in less than 6 hours, depending on the edition you buy. A CCS DC rapid charge will do the same in around 30 minutes.

The BMW i3 features an active-safety system that includes automatic braking at low speeds and pedestrian detection and lane departure warning. It also has a rear-view camera for backing up safely.

The BMW i3 has an electric motor that makes 143 horsepower and 184 pound-feet of torque. It’s paired with a 22-kilowatt-hour lithium-ion battery in early editions and a 42.3KWh battery in the latest editions.

The BMW i3 is a small city car and the i8 is a hybrid sports car. While the i3 could be bought without a range extender, the i8 was always a very capable plug in hybrid. Both shared parts and design cues and both were made from a revolutionary carbon-fibre reenforced plastic shell.

What Should I Look for When Financing a BMW i3?

When looking to finance your BMW i3 ensure that any financing plan includes a fair amount of flexibility when it comes to payments so that you don’t end up overpaying. Also, make sure that there aren’t any hidden fees or other costs associated with the financing plan itself. Finally, look into what kind of warranty is offered by the dealership, for example, some may offer free repairs after a certain number of miles driven/years owned.

At ChooseMyCar.com we have a range of BMW i3s to choose from. These cars are known for their high-quality craftsmanship, and for being some of the best electric vehicles on the market today.

Financing a BMW i3 with PCP or HP is both easy and convenient. This is because we offer a range of terms to choose from, meaning that our team can help you to get the right financing for you.