It’s The Ultimate Driving Machine, say BMW. Well, they would. But the 1 Series has a good claim to that throne with punchy acceleration, tight steering and a luxurious interior. As Hatchbacks go, you’ll not find many better than this.

Sometimes you just want to drive. You want to put rubber to tarmac and spin down the open road with a grin plastered on your face. Some people think that doing that properly requires a throaty sports car with your ass sat inches from the world’s most extreme piles cure. BMW 1 Series owners know that all you really need is a certain Bavarian hatchback.

Want to drive? Working on a budget? Buy a 1 Series.

BMW spun the 1 Series onto the market way back in 2004 and it was… okay. Sure, it had rear wheel drive, making it spanking-good to throw round bends, but the space in the back was pretty poor. It was the 2011 – 2019 refresh version when things got really tasty, which explains why there are so many of them about.

First up, the refresh stretched things out a bit and delivered more space inside. If you’re buying a hatchback over a sports car, you’re likely to be commuting and carrying kids, right? Well now you could. But the refresh also gave you a brilliant set of engines – from the M118i, which nicks a motor from a Mini to the insanely-good M140i, the petrol engines in all the 1 Series cars are tremendous.

Looking for a frugal choice? Check for a D badge – they’re pretty good too, especially the 120d Sport, which is a hoot to drive and gets 65mpg.

But the main reason that the 2011 – 2019 1 Series was such a scorching success was that it stuck with rear wheel drive and tightened up the chassis to the point that it was just so much fun.

It remains one of the very, very few rear-wheel hatchbacks of the modern era. Push that pedal while coming out of a corner and you get a kick in the back. Playful traction control allows those wheels a bit more spin, giving the car a cheeky character. 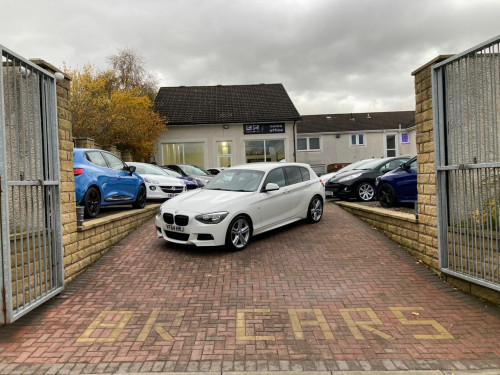 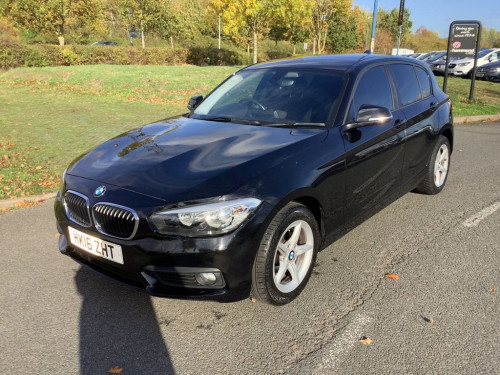 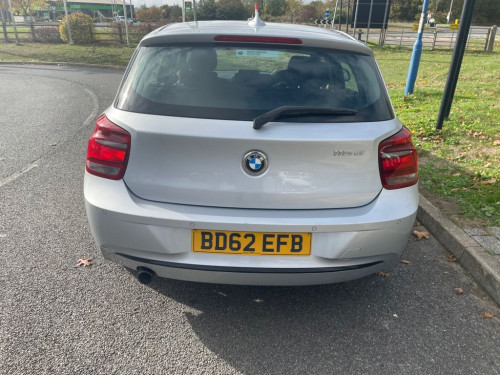 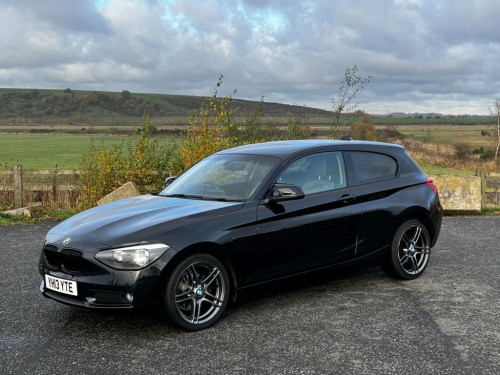 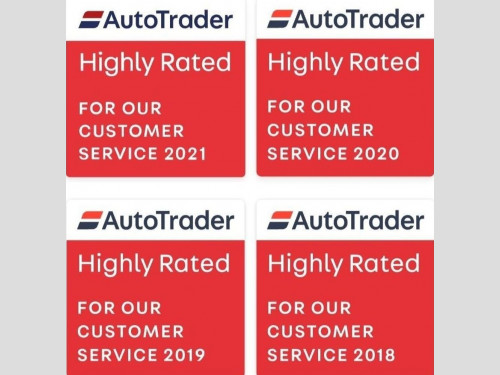 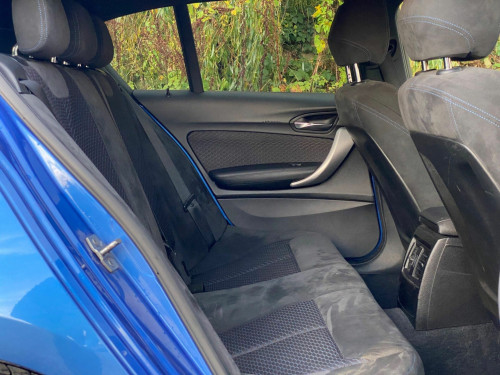 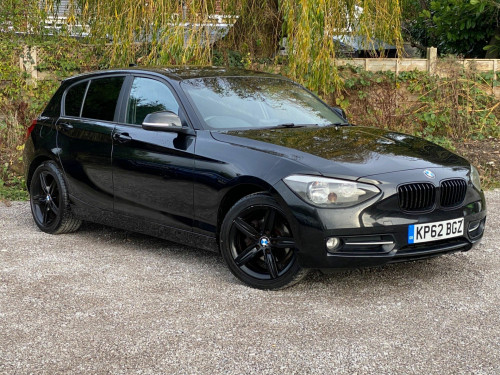 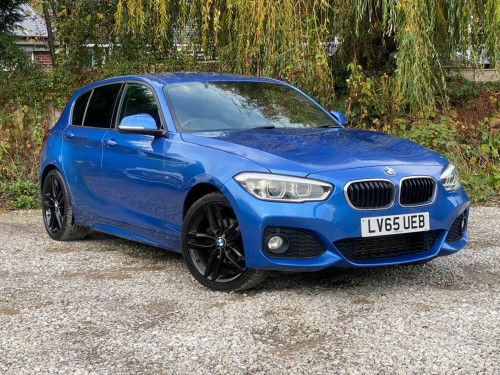 The “slowest” 1 series is also the most efficient, with a terrific diesel engine than can get up to 70 miles in a gallon. Extraordinary. Auto climate control and BMWs brilliant iDrive infotainment system both come as standard, as does a very plush interior.

Despite the name, changes here are mainly cosmetic, with nicer alloys and exterior trim. Automatic and manual transmissions are available, as are a choice of 3 or 5 doors.

Ahh, the coveted M badge – evidence that BMW’s M division has been tinkering. And that’s never, ever a bad thing. Expect the best handling and fastest 0-60 times of the lot here. A genuine hot hatch beast.

The small hatchback BMW – perfect for showing up Golf-owning friends and zipping to the office with a smile on your face. Comfortable, maneuverable and with enough leather inside to give a heifer cold sweats, it’s the car you buy when a regular hot hatch is just a bit… low rent.

Brief History of the BMW 1-Series

Starting life in 2004, the 1 Series was the new entry level BMW – a smaller, rear-wheel-drive hatchback for a younger driver. The shorter hatchback was more practical for city commuting and tremendous fun to drive, with convertible options available.

Soft top and three door versions eventually became the 2 series and, in 2019, BMW switched to a front-wheel-drive version.

Why Buy a Used BMW 1-Series?

It’s an entry-level BMW. That means you get the power, performance and quality you come to expect from the “ultimate driving machine” in a smaller, more commuter-friendly package – and
at a lower cost. You buy one because you want hot-hatch dynamics with a luxury interior. You get both in abundance.

The one series has had its fair share of recalls – mostly minor, though there was a worry over fire risk in early Diesel units. Happily, these should have been fixed. Check the vehicle’s logbook to check which recalls it has and hasn’t had.

It wasn’t. The 1 Series is still made but BMW stopped making the Cope and Convertible versions under the 1 Series badge, spinning them off as the 2 Series instead.

Funny story: the 2 Series is, basically, an upgraded 1 Series coupe and convertible. BMW added a lot of safety kit like forward collision alert and emergency braking, and popped in some new engines. A lot of the interior and exterior is nigh-on identical to the regular 1 Series.

Expect a brand new 1 Series to loose just over 40% of its value over 3 years. For a luxury car this is actually pretty good. That said, this shouldn’t worry you on the used market. In fact, depreciation now makes these something of a bargain.

Absolutely, yes. With all the luxury and quality you’d get in a 3 series but with less weight (and rear wheel drive), it’s a fun, fast car that’s pretty unbeatable value.

What Should I Look for When Financing a BMW 1-Series?

BMW 1 Series hold their value quite well so monthlies should reflect this. Expect it to cost less than you might imagine. As a performance car, however, there’s a higher risk so don’t expect finance to be super-cheap. Or insurance, for that matter.

Finding your Perfect BMW 1 Series is just part of the journey: buying or leasing it with great- value car finance? That’s the cherry on the cake.

ChooseMyCar.com’s fantastic range of Car Finance options can help you to drive away with the BMW you’ve always wanted for much less than you ever expected to pay – even if you’ve had problems getting credit in the past.

Hire Purchase, PCP or Lease: we have the Finance you need for the Car You’ll Love.